The Story Behind Destyne Miller 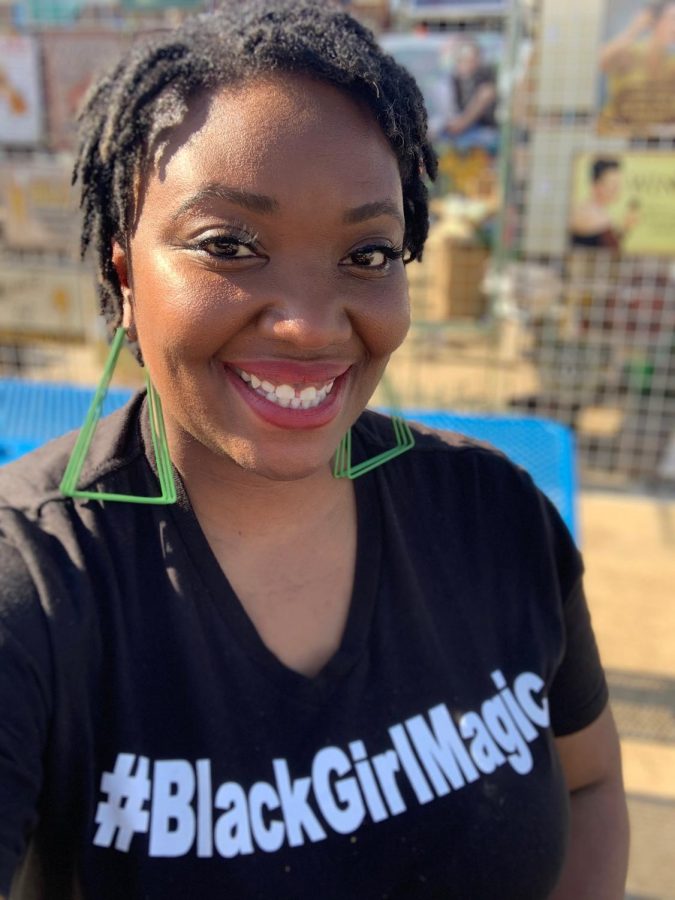 Destyne Miller, a.k.a. Ms. Miller, is the theater production teacher at George Bush High School. Ms. Miller is originally from Gatesville, TX, and then made her way to Houston, TX. Before she pursued her career as a theatre teacher, she was working as a waitress in the Austin area trying to make money for the New York school of Film and Acting.

Ms. Miller has always been passionate for the art of theatre production. Many things inspired her to turn her dreams into a reality.

“Theatre has always been my passion. I literally could not live happily without it in my life. When I had to find a more stable career, teaching theatre was the option I chose. Not only for the stability, but also because it would allow me to work with my passion while sharing it with others,” Ms. Miller said.

Ms. Miller found interest for theatre during her freshman year of high school.

“When I was is freshman in high school the theatre teacher approached me to be in the UIL One Act Play show.  I competed all four years, although I only took the class for the last two years,” Ms. Miller said.

The passion for theatre production has always been apart of Ms. Miller, but there was a time where she sought another career.

“It’s always been my passion, but when I left high school and went to Grambling State University, I told myself I was going to be a lawyer, so I left theatre.  The death of one of my high school theatre classmates brought me back to the stage,” Ms. Miller said.

Being a theatre production teacher has its ups and downs, but it is overall a fun job.

“My favorite thing about being a theatre teacher is introducing theatre to students and watching them find their passion in it also. Whether it’s performing or tech, I always get excited watching them fall in love with it,” Ms. Miller said.

Ms. Miller has directed many plays at her time spent at Bush. All of the plays are very dear to her.

“My favorite play that I have directed at Bush has to be… well, I’m not sure.   This is like asking to me to pick my favorite child.  They all were great in their own way and provided their own set of challenges.  Our last play, Yemaya’s Belly, was cut short due to COVID, so right now that is really near and dear to my heart.  But I think I love them all equally, but for different reasons,” Ms. Miller said.

Ms. Miller is an all time favorite teacher at George Bush High School for being such a kind and caring person. She cares so much about her students and that they are successful. She has built a foundation for Bush theatre that will continue to live on.