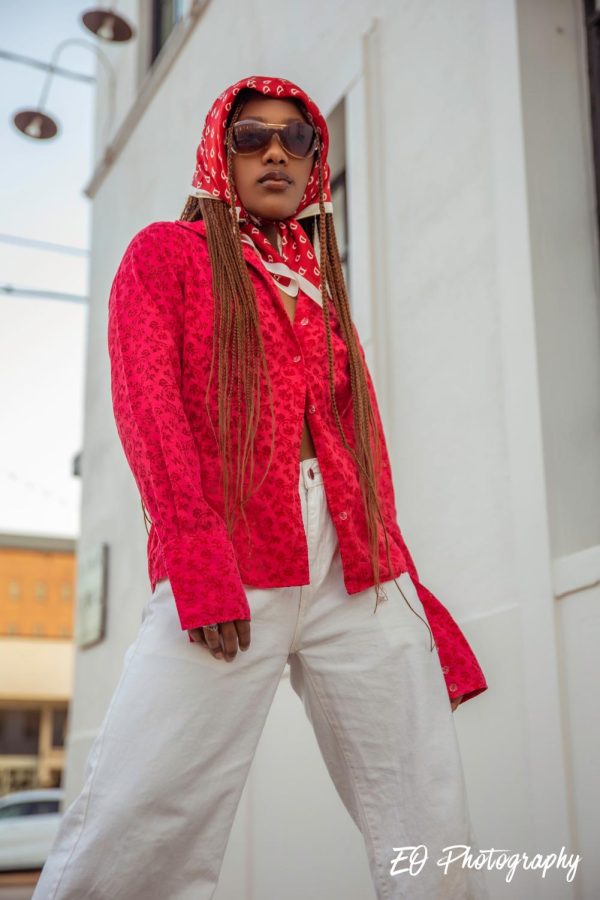 Cyni Dugars is a senior at George Bush High School. Cyni Dugars was born in New Orleans, LA and is currently living in Houston.She is passionate about several things such as running track, her nonprofit organization, modeling, and creative directing photoshoots.

“I started running track my 7th grade year. I also played volleyball and basketball, but I wasn’t that good at it, and I knew it wasn’t for me. So, I started running hurdles, and realized that it was fun. I continued running track my freshman year at Stratford High School with a couple of other friends. We were the only freshmen on varsity, but there was so much competition with other girls who had crazy times. The competition is what motivated me to work harder because I told myself I wanted to run just like them. The challenging part of running track is the most exciting part. Track is what motivates me as a person, I’m not motivated to run track,” Cyni Dugars said.

Cyni has a nonprofit organization called “Two Sisters Helping Hand.” What encouraged her to invest and start a nonprofit was seeing other people struggle. She is not the type of person that can walk pass someone struggling and not do anything to help them.

“I started a nonprofit organization called ‘Two Sisters Helping Hand’. What encouraged me to invest and start a nonprofit was seeing other people struggle. I’m not the type of person that can walk pass someone struggling and not do anything to help them. It sends me to into a depression state. One thing I could never understand is world hunger, and how people could be hungry when there is so much money in this world. I started realizing that I wasn’t okay with that in the 5th grade. I wanted to make a change, so I went to my mom and asked for her help. The first event that Two Sisters Helping Hand did was a toy drive during Christmas. We went to an elementary school and just wrapped gifts and gave it children. That started a tradition for us. The biggest holiday that we celebrate is Easter. It’s in the Springtime and nothing but good vibes. We hosted an easter egg hunt but with a twist. We give away food and easter egg baskets to families that can’t provide for their kids who want to enjoy these types of things. But we realized why only do these things for holidays, which is when we then expanded our horizons. We now have back to school drives and help people file their taxes. It all just happened really, a vision that came to life. I’m not making any money from this, but just wanting to help give back to my community,” Cyni Dugars said.

One thing about Cyni is that she has many interests, and is very open minded to trying new things. Cyni runs track, roller skates, models and creative direct photoshoots. She also enjoys thrifting clothes and putting outfits together.

“I have a lot of interests, for one I’m very interested In the human brain and the effects drugs have on it. So I study a lot about the human brain and the human behavior. I actually want to write a book about it. And I’m not sure how that’s going to play out, but I will figure it out. I’m also a roller-skater. I recently picked up that hobby and learned that’s something I love to do. I learned that through modeling and creative directing it made me more open minded to trying new things. I met a lot of people and I told myself that I was going to tryout out one of their hobbies to see why they’re so interested in it and how it makes them happy. I find modeling fun, but creative directing is something that I love more. It is satisfying that someone is putting their trust in me and being able to execute their vision and make it come to life,” Cyni Dugars said.

Modeling for Cyni started off as friends just having fun, but is now something she is passionate about. If it wasn’t for the pandemic she probably would not have gotten into modeling.

“The person who convinced me to start modeling was Emmanuel Okene. He got a camera and asked if we wanted to link up and have a photoshoot and I said why not. I wasn’t really feeling it at first and that’s something I really haven’t told anyone. I was kind of like why is this guy all up in my face with a camera getting all my weird spots, but that helped me gain more confidence. I learned how to love my flaws that weren’t really my flaws. When I started modeling, I had the mindset that you had to look this way or be this tall, but he helped open my eyes to editorial photography. I realized that I didn’t have to look a certain way, I could really look and wear whatever I wanted. That started to show me that I could really grow from this. Let’s not even start talking about the growth that we’ve both made over the past year.  The first shoot we did was good but looking back at it now, it wasn’t that good to our most recent photoshoot. Every photoshoot that we have, we go in to having fun. I feel like I’ve learned how to be more comfortable in front of the camera. It’s not about doing specific poses, wearing this hairstyle, or having a certain outfit. It’s just about being yourself,” Cyni Dugars said.

Though modeling is what Cyni pursued at first, creative directing is something she has a greater love for.

I went from modeling to creative directing from a photoshoot I did with Emmanuel. I wasn’t able to make it to the photoshoot at first because of car trouble, but Emmanuel called me and asked if I wanted to help him direct this shoot. I told him that this is something that I have never done before, but he was opened minded to giving me a shot at it. What’s crazy is that I was literally on the phone with him directing the shoot. I later came to the shoot and found out that this is something that is really fun. We were all just sharing our ideas with the goal of making this the best photoshoot we ever had. The thing is that we didn’t stop there, we kept on topping each photoshoot,” Cyni Dugars said.

When I found out that I was published in my first magazine I was kind of confused at first. I really didn’t think it was me art first, so I brushed it off and said that’s cool. When I found out I had been published in my second magazine, I cried. I sent it to my family, and they were all happy for me. I went from having fun taking pictures with Emmanuel to being published in several magazines at a young age. I was so proud of just seeing us grow as not just people but as creative minds. With our third magazine being published, I hated the way I looked, but after I saw the pictures, they grew on me. This became one of my favorite photoshoots because I was the least confident, but it turned out so well. It’s the fact that were still in High School getting published in magazines. It’s all because we stepped out of our comfort zones and decided to be different,” Cyni Dugars said. 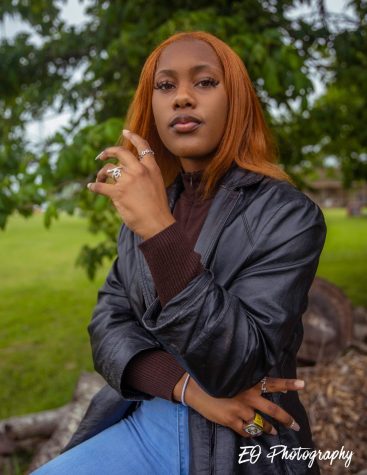 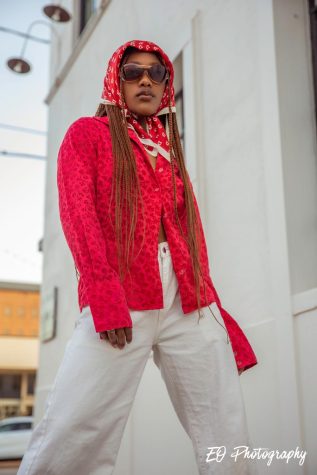 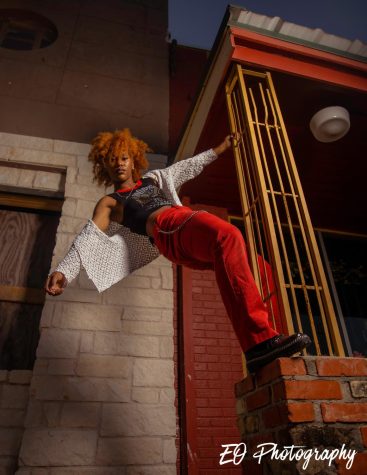 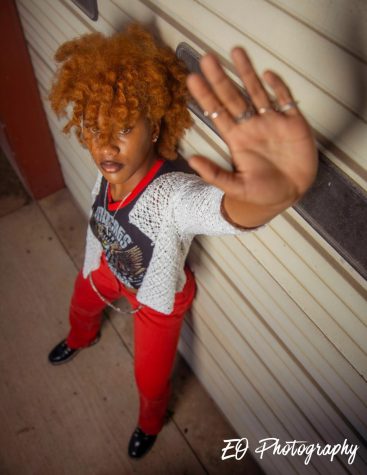 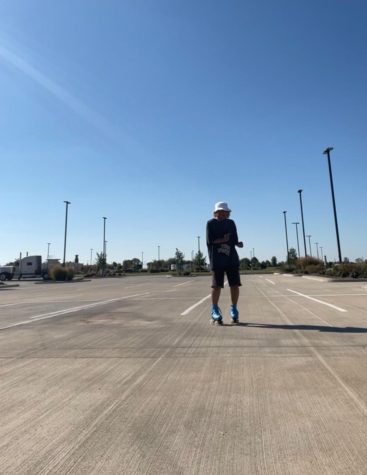 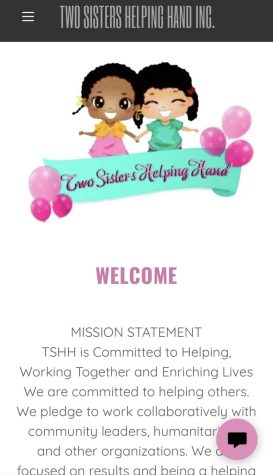